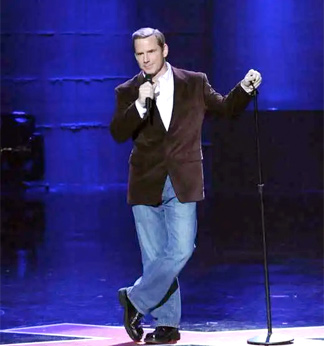 Comedian Tom Cotter, breakout Star from “America’s Got Talent” takes the stage at the Bull Run in Shirley Thursday, Sept. 1. Tom may have lost to a dog act on AGT, but that only gives him more material. He was the highest finishing human being on the show that year! Doors open at 6pm for dinner and seating. Showtime is 8pm.
If there are tickets left on the day of show, they will be available online and at the door for $34 plus ticket fee.