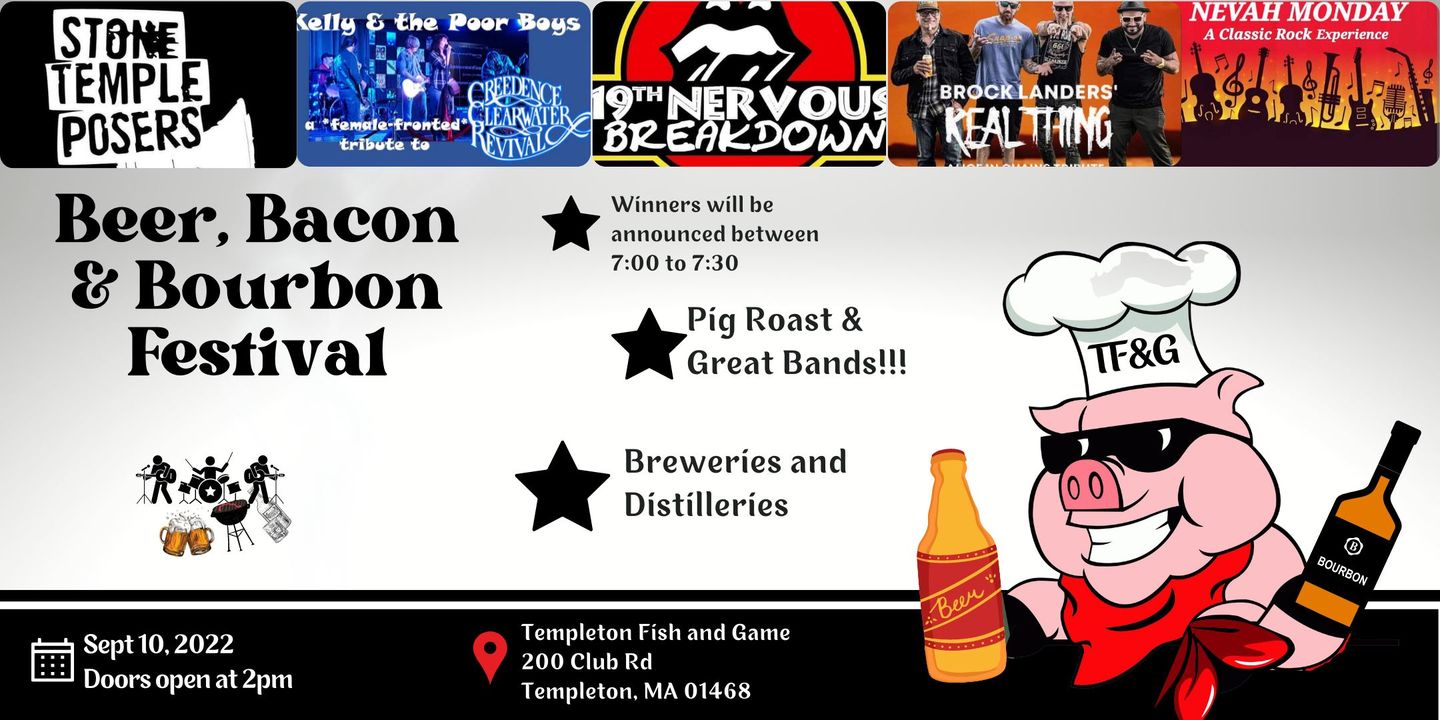 That’s right: Beer, Bourbon, Bacon, and Bands are what this Festival is about. Check out the best food, drinks, and local musicians for an all-day party.

This is serious stuff! Tasting stations throughout the area with local Chefs from local restaurants, bourbon distilleries (whiskey), and breweries.

Tastings will be held from 3-6 pm then we will tally the votes, and the winners will be announced and crowned the BBB first annual winners around 7-7:30