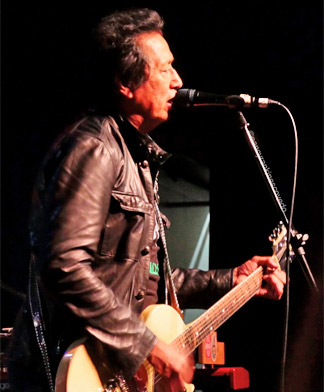 He’s been called a genre of his own. Celebrated singer and songwriter, Alejandro Escovedo plays the Bull Run in Shirley on Sept. 15. His diverse background includes punk with The Nuns, roots rock with the True Believers, and alt-country with Rank & File, before launching a solo career that’s seen him work with everyone from John Cale to Bruce Springsteen.

Beginning with 1992’s “Gravity,” Escovedo’s music has been consistently literate, ambitious, and eclectic. 2001’s “A Man Under the Influence” explored different genres and approaches from track to track, while 2008’s “Real Animal” and 2016’s “Burn Something Beautiful” focused on passionate, guitar-based rock & roll. 2018’s “The Crossing” (and its 2020 Spanish-language counterpart “La Cruzada”) told a richly detailed story of the immigrant experience.

Opener:  Matt Jaffe, discovered by Jerry Harrison of Talking Heads, produced his first album at the age of 16 and marries literary lyrics with the undeniable urge to dance.

If there are tickets left on the day of show, they will be available online and at the door for $34 plus ticket fee.